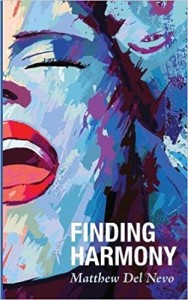 You are your soul’ is an important insight that Matthew Del Nevo has emphasized in this book and previous writing (see his refreshing book The Work of Enchantment).  The phenomenon of the human spirit and the validity of dualism –  ‘are mind and body separate?’-  has been one of the eternal questions.  Great philosophers such as Hegel and Kant grappled with dualism but this book concerns the dimensions of the mind and beyond.    Matthew Del Nevo examines spirit, soul, self and consciousness in a way that allows us to understand ourselves and live more fulfilling lives. Yet his work goes beyond dualism because he states: “Body and mind are one” (p10).     “The soul does not know it reflects.” (p16).  This provides a clue as to the insufficiency of logic to describe the soul.  Philosopher,  Hannah Arendt said that humans know everything there is to know about the natural world but will always fall short of knowing themselves.   Our body is what we are but who we are is displayed in our actions or as Matthew Del Nevo says “ Personality is …how we show ourselves”. (p10)  Personality and spiritual practices are seen by him as ‘soul work’ but psychology is linked more to the self than the soul.  Rather “the soul is keyed to wisdom not knowledge…” (p30)    Philosopher Richard Swinburne in his book ‘The Evolution of the Soul” states: “My conclusion- that truths about persons are other than truths about their bodies and parts thereof- …A framework of thought which makes sense” [of the unity of consciousness over time] “ is provided if we think of a person as a body plus soul, such that the continuing of the soul alone guarantees the continuing of the person.” (p160)   Swinburne notes that the soul functions and continues during sleep,  possibly beyond death and I would argue,  functions also through our complex (illogical) sub conscious which seems more connected to our feelings, sense of beauty, music etc (and perhaps links the self to the soul).    Neuroscience also supports dualism.  Medical Scientist Dr Pimm Van Lommel in his book “Consciousness beyond life” states: “The well known neuroscientists and Nobel Prize winners Charles S. Sherrington and John C. Eccles and the neurosurgeon Wilder Penfold were also of the opinion that the brain is more like a complicated organism that registers and transmits consciousness than one that produces it”. (p204)

Clearly,  our feelings, our enjoyment of music or art emanates from the soul or reverberates within the soul although we are conscious of it.  Thus,  he says “Music unites; ideas (words) divide.” (p53)    He analyses different genres of music (including soul and what he terms the “Great American Songbook” – a phenomenon in itself).      Music can “lift the soul and unite it in the hope of a better world” and indeed popular music in all its variety is already doing so. (p71)

So when one of Rome’s great statesmen-  Cicero said:  “Surely, there can be no greater pleasure than the pleasure of the mind” it was more the soul than the mind that enjoys such things as art, music, literature or in the philosopher’s words ‘Truth, beauty goodness’.   (Indeed, Cicero also spoke of the souls of great men amongst his neighbours in the verdant farms of the Roman countryside while writing principles for living the good and virtuous life.)

An article titled  “Widower searches for wife’s soul” (The Australian 16 April 2018) reads:  “ROME: A retired factory worker mourning his wife of 52 years has earned a philosophy degree at 82 in an attempt to discover what happened to her soul and whether he will see her again.”  His quest included studies “to understand the universe and the nature of souls…”  His conclusion was that he would see his wife again and advised “Everyone should study philosophy. It helped me to find peace.”   Matthew Del Nevo’s contribution will also help to find both peace and harmony.