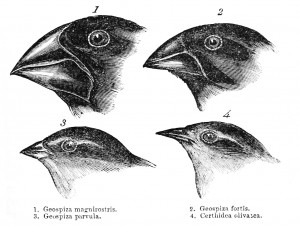 The key theme in the book is to counter William Paley’s Watchmaker allegory intended to show that the presence of living things indicate that a ‘Watchmaker’ (God) exists who created living things (known as the argument from design). In Chapter 1 Dawkins defines the main issue by discussing the origin of biological complexity in what he terms a ‘philosophical chapter’ (which is well written). I think the mention of philosophy raises an initial issue in categorizing the debate ie should intelligent design or metaphysical theories be discussed within science or left to philosophy of science (or a mixture of both) ? Atheist turned believer and Oxford don Antony Flew, thought philosophers had more to say on these issues than biologists, and said that ‘the origin of life cannot be explained if you start with matter alone’. (p90 Flew, There is a God- 2007). In answer to this his critics would claim he had not read this or that paper in a scientific journal. He said this misses the point. The real issue is ‘what is life’. So the challenge is to understand why Darwin’s ‘warm pond’ of organic molecules becomes ‘life’ which evolves. Life exhibits ‘goal directed’ (teleological) behaviour and the problem with blind evolution is to explain the teleological behaviour. Dawkins demonstrates the validity of evolution but there is no teleological feature to the complexity he discusses (except the fact of reproduction itself being a goal directed feature -ie survival) . The evolution of the eye is one of his main demonstrations of evolution preceding in Darwin’s ‘slow steps’ (or Dawkins term ‘gradualism’) and not one giant step because the eye is made of many intricate complex parts. Natural selection can explain a light sensitive patch appearing by random mutation with that organism surviving better and thus ‘selected’. A further mutation improves the light sensitive patch, and eventually after a series of improbable steps over millions of years and iterations an eye forms. What is not adequately answered is the curious fact that the eye has evolved separately at least 6 times (some say at more times). This indicates an additional ‘supra- teleological’ mechanism not accounted for by blind mutations which have no teleological feature. Yet in chapter 9 he concedes the eye consists of an extraordinary collection of intricate parts – by a series of very improbable accidents – how can evolution explain this occurring on at least 6 unconnected occasions ? His best answer for this example of convergent evolution is answered in Chapter 4 when he says “…if a design is good enough to evolve once, the same design principle is good enough to evolve twice” Comments can be made on both sides of the debate. On one side, Darwin’s theory is now assimilated into the modern version of evolution – the Modern Synthesis which may have more answers. On the other side of the debate is the notion that God may have used evolution as a creative process. Why would God do that? Just as free will (with consequent flaws/risks) was instilled in a human being to create diversity of human action, or free events (with consequent risks) so too evolution was used to create diversity of individual beings (with consequent flaws/risks). Randomness is a fertile soil to grow rich biological (and human) diversity. There is much more that can be said about The Blind Watchmaker but space is limited. ( eg Professor Stuart Kauffman, whose landmark work on complexity and origin of life- [ The Origins of Order – Stuart A. Kauffman 1993 ]may shed further light, believes biological complexity is not explained by evolution but has deeper mathematically based origins. )